So I needed to make a custom housing for the screens that cover the Maelstrom Death Touch fans on the MP40.  I fired up inkscape and made the screen cover and used my Cricut Explore to cut it out....turned out awesome....


This is the inskscape shape:

Here is the test cut on card stock next to the scribed styrene: 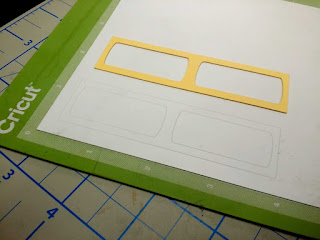 And here is how the test fit looks, it's just a bit off in this picture, but it fits perfect 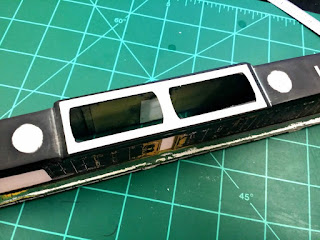 Posted by Train Fixxer at 9:29 AM No comments:

The sound of starting a 40 cylinder diesel

Here's the mock up preview: 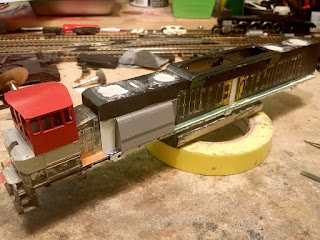 Posted by Train Fixxer at 5:04 PM No comments:

First I had to finish the milling and rough sand most of the shell.... 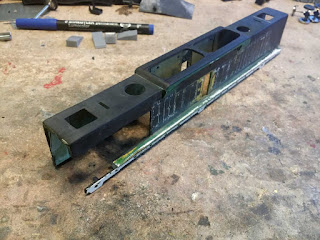 Next I assembled the blower housing 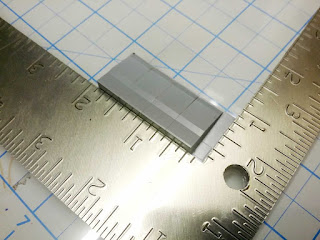 Using the chopper, I made some styrene panels and attached them with Plio Bond in case I made any mistakes.  Using Testors or CA is somewhat risky when fitting panels because the fit has to be perfect, with contact cement there is always the ability to make one more cut if you have to. 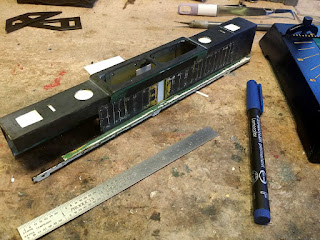 Now to mix up some bondo... that's about 2 tablespoons and half a cap full of hardener.  This will give 5 minutes of working time. 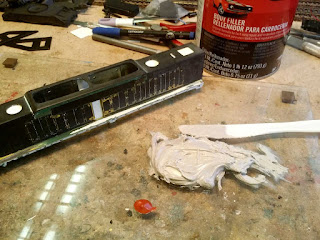 With 5 minutes, I can fill the sections and immediately trim the bondo while it's the consistency of rubber.  I can even clean my glass plate I use to mix it on. 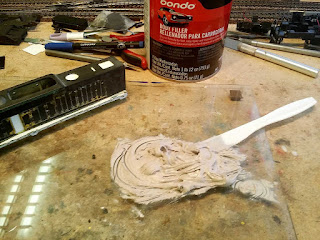 5 minutes later.....not a huge amount of sanding to do and a nicely fill shell... 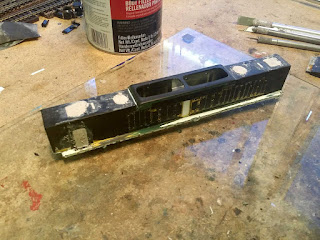 Posted by Train Fixxer at 11:42 AM No comments: 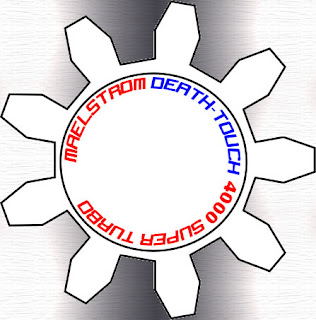 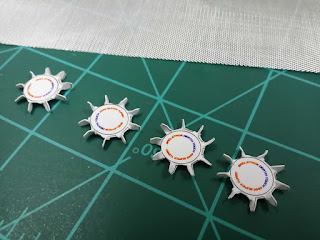 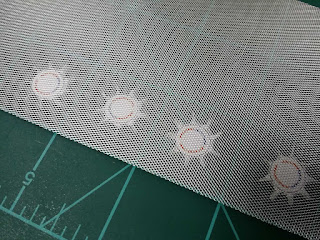 This is the proposed layout of a 40 cylinder 645 ceramic and teflon coated power plant:

And here it is in the box: 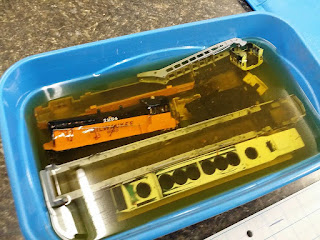 Posted by Train Fixxer at 1:30 PM No comments:

Here's an update on the package of shipping containers, also known as CONEX's from:

Since my first review I've learned some better techniques...

Somewhere I had stumbled across their video on youtube (which is on the page in the above link) and thought this would be kind of a fun project for me and my 6 year old daughter to do.  The video shows a pretty cool method of making CONEX's of various sizes and you can make as many as you want forever once you have the package.  It comes as a set of PDF's.

So let's start with the pictures and then I'll tell you what I learned after making 15 of them...

Here are some 10' containers, I don't recall ever seeing any 10 footers you can just buy, but 10' containers are very common in the military:

Here are some containers ready for the assembly process...

The whole package was $27. I love this product.  My first thought was that I could make my own using this method and some photographs, but for 27 bucks there is no reason to go through all that trouble.  There are 40 different containers that come in several sizes. There are 40', 20' and 10' containers in the package.  The website breaks down exactly how many of each kind.

Watching the video shows exactly how to make them. It's super simple - print the container you want, glue it to cereal box card board, trim it, then score the folds and glue it. Done.

So I used their method for the first one.  It worked fine, but I've got a lot more experience in printing and mounting and have several tips that makes for a better finished product and takes less time.

2.  I used the cheapest card stock that I got at a surplus office supply place for about $5.  THE COLOR OF CARDSTOCK DOESN'T MATTER. I wasn't about to go cereal box hunting.

3.  I've got tons of experience in mounting methods and this method is by far the fastest and cheapest:  They show gluing by hand, but way faster and much better quality is to buy Elmers Spray Glue.  It's cheap.  3M photomount is awesome stuff, but just too much money for this project.  YOU DON'T NEED TO BE ACCURATE WHEN MOUNTING, JUST GET THE PICTURE ON THE CARDSTOCK, DOESN'T MATTER IF IT'S CROOKED.

4.  To get a really good mount, you should have a roller that's used in gluing countertop materials to counters.  They usually have a longer handle and have a little weight to them.  A speed roller will work, but it's harder work.  A kitchen roller also works, but still harder work.

5.  Once mounted with Elmer's Spray Glue, you can start cutting right away.  I printed all 8 20' containers and mounted them all at the same time, took like 10 minutes from starting the print job to being done with the mounting for all 8.

6.  I learned the hard way that you **MUST** use a steel ruler and a heavy carpet knife.  On my first try I used an engineer's scale (triangle shaped) and an XACTO knife.  It was tough to cut all the way through the card stock where needed and I ruined my scale by shaving off the edges continuously.  So I got out the carpet knife that had some good weight to it and a wood school ruler with a metal edge....the heavy knife shaved the metal off the ruler.  Finally I used my model railroad ruler and that worked very well, but to protect it from getting the edges shaved I got a heavy steel ruler for $2 at a discount tool store.  That solved all the problems.

7.  The video shows them using CA to assemble the container.  That was a bad idea.  First, I got it all over my fingers.  Then any place where you glue, but are off by even a little bit, becomes a permanent defect.  My first few containers are just a bit crooked.  I switched to Elmer's white glue and used a large steel bolt to hold the container down while the glue cured.  The white glue made all the difference in that the finished box can be squared up after the glue has been applied and a little weight on top holds it right where you want it.

8.  When complete you will see the color of the cardstock in all the edges of the container.  I found using oil chalk that sort of matches the color of the box works really good to give it the finishing touch.

Now, the real reason I like this product is that these containers look pretty good and cost maybe 20 cents in materials. The ink may cost more on a printer with fewer cartridges.  They take less than 10 minutes to assemble after being mounted.  I trimmed several at a time.

They aren't really that good for putting on a train, but if you want a huge yard full of containers, then this is perfect for that.  With single containers costing around $10, it's just not really feasible to have a yard with 500 containers sitting in piles.  Also not a wise use of money for a totally static display.

If you use Google Earth do this: turn on 3D buildings; under more-transportation turn on railroads; turn off streets in the primary list.  Next goto the Port of Long Beach in LA and zoom in on the container shipping area.  You'll see the storage blocks.  The closest ones to the ships are 100 columns by 15 rows by 5 stacked.  That's 7500 containers for just 1 of the approximately 40 blocks.  If the place was full that would be around 300,000 containers.  That's just 1 of the many loading areas on Terminal Island.

With these paper containers you could make a very large terminal for very little money, and it can grow over time.

If you played your cards just right you might get the wife to crank out a few of them with a TV tray and a movie....

I really like this product. I haven't tried any of their other stuff, but I plan to take a closer look.
Posted by Train Fixxer at 7:42 AM No comments: